One of the most difficult pieces of league organization is team formation. Team formation brings together a lot of different factors including groups, skill balance, and attendance among other things.

These goals were largely achieved, but it has gone under a number of revisions. For instance, we’ve reversed the distribution placing lower ranked players first. We placed a higher importance on splitting up new players than splitting up veterans. This was just one change, but seems to give us slightly better results.

How does it work?

Each player is basically defined by three characteristics; their gender, their composite rating, and their attendance. The composite rating is determined by providing a weight for each of the skill answers provided. Each player is then placed into groups, which are ordered by size and then combined skill.

Teams are generated by first placing captains. After that, all groups with a woman are placed according to the number of women and skill. Finally, men are placed based on group size and skill level. 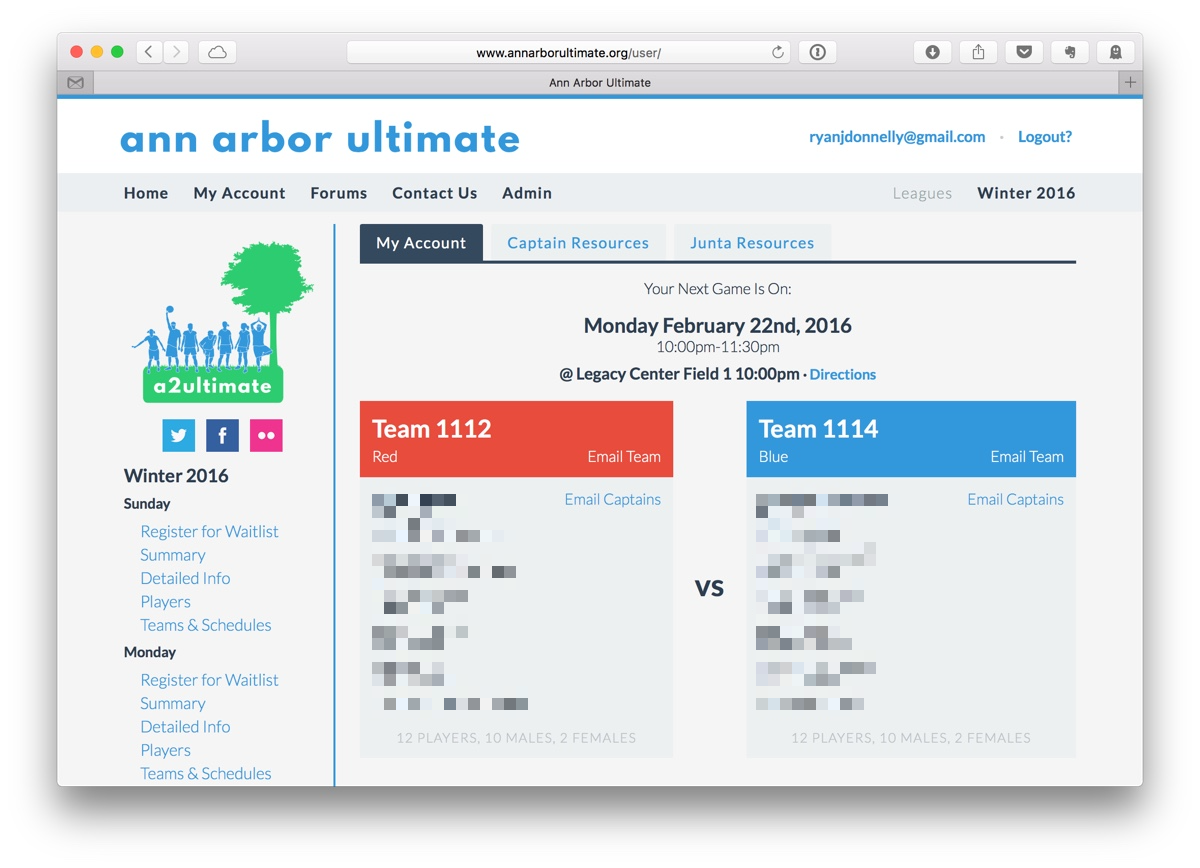